On January 10, 2019, Houthi rebels attacked by means of a drone a military parade at al-Anad Air Force Base in South Yemen. Seven people were killed, including a high-ranking general of the army of the Hadi government. Several people were injured. The Southern Transitional Council roundly condemns the attack.

More information on the attack 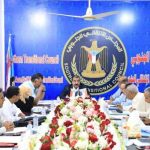