For Yemen’s southern resistance, the next battle is for independence 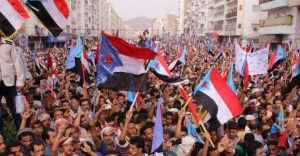 It’s always easier for the Arab media to say the “Yemeni army” is defeating the “Houthis” in Hodeidah and elsewhere in the country, but this is not the case.

This claim presents the situation in Yemen as if it’s a conflict between two fronts only, Iran-backed rebels and the Yemeni armed forces, but this is not the case.

The battle for the western port of Hodeidah could be an important milestone in Yemen’s three-year civil war. But if the different players in the Yemeni conflict will continue to ignore the main forces liberating Hodeidah today, the current conflict will be followed by a new, and possibly more destructive, one.

Yemen’s internal splits have festered for years. North and south Yemen were forcibly united into a single state in 1990, but we in the south seek our independence again.

Ignoring our people’s desire won’t be helpful for anyone especially now that Hodeidah, Aden and other important fronts in south and north Yemen wouldn’t have been liberated without us.

The Southern Resistance with its different groups publicly supports the fight against al-Qaeda and the Houthis, but also the independence of the south.

Although we are on the frontlines today in Hodeidah, the Arabic media is hesitant to recognize our efforts by not mentioning the word “south.” They say the “Yemeni forces,” meaning us. We were always clear that we are not Yemeni forces, we are South Yemenis who seek independence.

Without our loyalty to the Arab cause in Yemen, the Arab coalition wouldn’t have trustworthy friends in the region. Today, we control most of the south, and our security forces secure and systemize the life for people in South Yemen. Consequently, no real solution will be achieved in Yemen without recognizing our right to decide our destiny.

We have the influence on the ground, we are well-armed, and we’re not willing to submit to a “one Yemen” solution. Without seriously engaging for us in negotiations nothing can be achieved in Yemen. Otherwise, the world should wage another war against the south to recapture it from us and force it to unite with the north.

Our forces proved to be effective and reliable allies for the coalition and we were the only group that effectively fought and removed al-Qaeda from different parts of Yemen.

We were the alternative that manages the safest places in Yemen today after the vacuum that was created by liberating the provinces from al-Qaeda and the Houthis. We managed the south and implemented stability through local councils to prevent the militias from regrouping in South Yemen. The quality of the life for people in South Yemen is good compared to the situation in other parts of the country.

It’s not a coincidence that the cities in the south that our forces liberated are the only places in Yemen where the Arab coalition leaders can walk safely and shake hands with people without fear of being betrayed and stabbed in the back.

We are devoted to building an egalitarian, democratic, and ethical society in the south.

We are the only group in Yemen where women have a voice – we hear them in every event held by our council. Southern women were first to appear in the streets to protest the corruption of the government.

The south once was a society where Arabs lived along with Jews, Christians and Hindus in one of the most tolerance communities in the Middle East.

The Jews of Aden lived in and around the city and flourished for decades. In the early 20th Century, their number had grown to about 50,000. While Jews were not welcomed in most of the Arab states, our Jewish community continued to live a safe life.

The synagogues and monuments that once belonged to the Jewish community were saved and maintained by our forces. Until today we believe in the right of the southern Jews to their land and property.

We are not calling on the Arab states and the United States to end their relationship with other parties in Yemen, but we are asking them to stop ignoring our efforts because doing otherwise will not bring peace.

Despite the poverty in South Yemen and a lack of resources, we do not ask the U.S. for food, we do not want bullets, and we do not want money. All we are asking for is a political recognition for our southern cause.

The answer to our question, “Why do you ignore us?” is always that the world is not interested in changing the status quo and further dividing the Middle East. Do you think in a failed, poor country infested with disease, problems, and sectarian war that it isn’t worth trying to make a change for better?

What exactly are we going to regret if we change the miserable status quo in Yemen? Abdulsalam Mused is the chief of the foreign relations council for the Southern Transitional Council in North America. He was a previously senior official who held many positions in the Democratic Republic of Yemen. Follow him on Twitter @abdulsalam_km7.

The Southern Transitional Council is the political umbrella for the people of South Yemen that aims for the right in self destiny determination for the Southern people. They can be found on Twitter @STCUS_ORG.

All views and opinions expressed in this article are those of the author, and do not necessarily reflect the opinions or positions of The Defense Post. 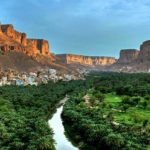 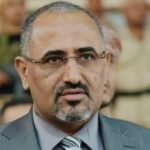