Donate for the Southern Cause

For more than 30 years, the cause of the people of South Arabia/South Yemen has been marginalized by central Yemeni authorities, with Southerners prevented from shaping the decisions that directly affect them. For 25 years, Yemeni authorities have worked to erode South Yemen’s resources and infrastructure, and to weaken public services in South Yemen. Today, this exacerbates the suffering and devastation amid the crisis, as 3.5 million South Yemenis remain in need of humanitarian support.

Donate to support the people of South Yemen.

Independent Diplomat (ID) is a not-for-profit diplomatic advisory group, which believes that peace is more likely and longer-lasting when those most impacted by conflict play a leading role in the political decisions that will affect their countries and their futures. But those most affected are also the most excluded. So ID assists groups, who are marginalized despite their legitimate causes, to access and influence high-level international and diplomatic decision-making.

ID has been working with political and civil society representatives of the South, including women leaders, to help them to determine their own future and achieve an end to the political, economic, social, and cultural hardships that have been imposed on them since Yemeni unity in 1990. 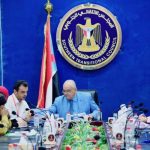