Meeting of the National Assembly in Hadramaut

From February 16 to 17, 2019, the National Assembly of the Southern Transitional Council met under the slogan “for the restoration and the development of the civil and federal South” in al-Mukallah in Hadramaut. The President of the Southern Transitional Council, Aydarus al-Zubaydi, chaired the opening session, while Ahmad Bin Burik, President of the National Assembly, chaired the subsequent sessions.

In the sessions, important issues were discussed, amongst others the Council’s efforts to maintain South Yemeni cohesion at national level and the recognition of the right of South Yemenis to restore their state at international level.

The President of the National Assembly called on President Hadi to work together with the Southern Transitional Council to prevent extremist groups from affecting the stability of the South. The National Assembly discussed the corruption of the Hadi government and its devastating impact on security, politics, economics, and services in the South. The Assembly is very concerned about recent attempts by the Hadi government to enforce the decisions of the National Dialogue in South Yemen, although South Yemenis were not represented in this dialogue.

The National Assembly praised the efforts of the Southern Transitional Council’s leadership to stay in touch with the UN Special Envoy for Yemen, Martin Griffith, to resolve the Yemeni crisis in a just manner, while, by no means, excluding the rights of the people of the South in restoring their state.

STC: South Yemen Must be at Forefront of Warsaw Discussionscategory #01 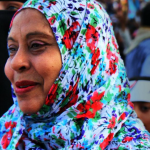 Women of South Yemen: Past, Present and the Futurecategory #01