First Session of the National Assembly in Aden 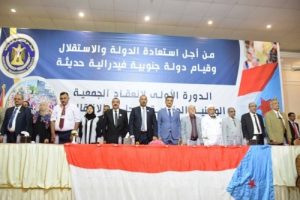 From July 8 to July 10, 2018, the National Assembly of the Southern Transitional Council, consisting of 303 representatives of the entire South Yemeni society spectrum, has met in the capital Aden. This has been the first meeting since the inaugural meeting in December 2017.

In his opening address, Aydarus Al-Zubaydi, President of the Southern Transitional Council, emphasized that the National Assembly is the result of the long-standing struggle of South Yemenis for southern independence: “South Yemenis show their strength by adhering to their peaceful struggle despite all difficulties,” said Al-Zubaydi. He also said that the Southern Transitional Council is aware of the difficult humanitarian situation in the South, which, among other things, is a result of the failure of the Hadi government. However, Al-Zubaydi is certain that “South Yemenis are able to overcome this phase with their strong will.” The South Yemeni people have sent a clear message to the world that they are capable of building the future state on a democratic basis. Al-Zubaydi wished the National Assembly “to continue with democratic activities and to represent the interests of South Yemenis”.

The various committees of the Southern Transitional Council, including the Committees for Administration, Legal Affairs, Foreign Affairs, Social Services, Health and Environment, Youth and Sport, Security and Social Peace, Media, Women, as well as Education, presented their work of the past months and set their work plans for the coming months. After extensive discussions, the National Assembly emphasized that the objective of the Southern Transitional Council is to restore full sovereignty of the state in the South as it was the case before the unification with the Yemen Arab Republic.

The future constitution envisages the establishment of a federal state, consisting of a central and various regional governments. The capital Aden will hold a special position. Each federal region has legislative, judicial, and executive power. However, external relations and the external representation of the state, as well as the signing of international treaties and conventions, and their implementation are incumbent upon the central government’s responsibility. An important point will be the strengthening of women’s rights in the personal statute. Women are expected to participate in political, economic, social, and cultural life and should be given the opportunity to hold senior positions in the state and administration. All citizens should receive the same civil rights. The future state in South Yemen will affirm its support to the signed international treaties that concern South Yemen, as well as to the Charter of the United Nations and the International Declaration of Human Rights.

The National Assembly also agreed on the implementation of a National Southern Dialogue, on the joint fight against terrorism, extremism, and extremist religious discourse, on the improvement of the living conditions of the South Yemeni population, and on the formation of a women’s union, which will strengthen the role of women on the legal, political, social, and cultural level. The National Assembly also intends to continue its efforts for the healing of wounded people and for the freedom of prisoners in Sanaa. The Legal Affairs Committee will continue its work on the drafting of the constitution. An established Military Committee will examine the development of defense structures on a modern basis. In future, the National Assembly will ensure that ports and airports under its control remain safe and open to all people in the South and North alike. In addition, the National Assembly calls on the UN Special Envoy to Yemen and all international actors to open offices and embassies in Aden in order to support the cooperation with the Southern Transitional Council, thereby promoting stability in the liberated areas.

The full final communiqué (in Arabic) 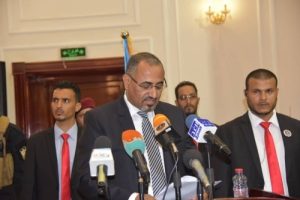 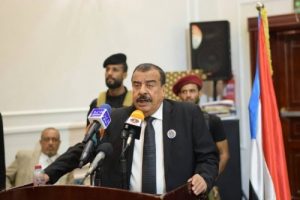 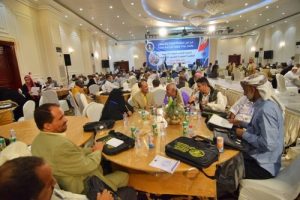 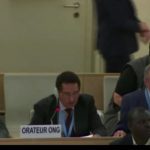 Speech to the UN Human Rights Council in Genevacategory #01 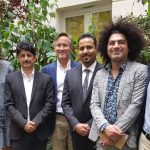 STC visits the European Institute of Peace in Pariscategory #01