SOUTH YEMEN: THE STC ENGAGES WITH THE EU

“Our objective remains clear: the need for a comprehensive political solution through negotiations. As I mentioned in my meetings with the European officials, we welcome any efforts, including from those in Stockholm, that seek to end the crisis. The focus now needs to be on implementation, and as we’ve seen in the past, neither the Houthis or Hadi government have been willing to abide by agreements they sign.”

“In parallel to enforcement of any political deal is the need for genuine inclusion of all key actors in Yemen. Sadly, the current political framework excludes a key component – the Southern voice. The STC is keen to address this gap and play a constructive role in the process to ensure we achieve sustainable outcomes – be it on security, governance or economy – that are accepted by those on the ground.”

“The STC is a reality on the ground and the legitimate aspirations of the Southern people cannot be neglected. The right to give our people the opportunity to determine their future through democratic means must be an inevitable element of any peace agreement. There would not be any lasting solution to the war in Yemen if the Southern issue is not addressed ». 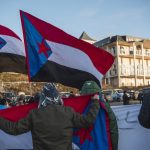 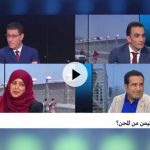