Your Excellency,
We followed as a team (Southern Women for an Independent South State) the „Yemeni Women’s Conference: Peace Mediators “ 27-29 march 2019, we thank the efforts of UN Women and the Secretary-General’s envoy and his department, for their continued efforts to support the empowerment of women participation which is approved by the Charter of UN, and to emphasize the importance of their active presence in the comprehensive structures of the Yemeni landscape, as well as supporting them as a mediator of peace between the opposing parties of the war in Yemen since 2015, that we have seen before in the talks of „Stockholm “ and we are witnessing it at the Conference of the Mediators of Peace ‘Jordon’.

While appreciating those efforts, we are surprised and wondering about the repetition of marginalization and exclusion of southern women with the demand for „independence of the South“, i.e. the requirement to restore their country and its southern national identity with pre-1990 borders. In order to achieve a sustainable peace formula, they must be involved in the activities of international organizations of the United Nations, in particular the UN Women. We wonder how can peace be sustainable while women with the goal of exercising the right of peoples to self-determination are excluded in this conference, in which the number of participants exceeded 100 women.

First, the conference ignored the representation of Southern women calling for the independence of the South. As the conference seemed not committed to respecting the binding norms of the Charter of UN and the right of self-determination of peoples which is at the forefront of the binding norms of the Charter of UN. On the other side, based on the declared context of the United Nations to deal with the Yemeni crisis out of its commitment to implement the resolutions of the United Nations and the National Dialogue outputs and others as references to your interactions in resolving them – however, the concept based on the existence of the unification is no longer realistic, and has not a southern acceptance – you have violated one of the most important texts in the „National Dialogue outputs“, which is a representation of the South and the North, which has always been confirmed in the speeches of the United Nations and its envoys. 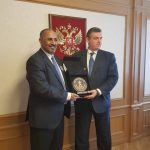 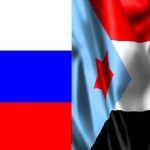