Movie Screening 10 Days Before the Wedding

The Friedrich-Ebert-Stiftung screens the movie 10 Days Before the Wedding, which will be followed by a panel discussion with the film director and member of the National Assembly of the Southern Transitional Council, Amr Gamal, and the main actress, Sali Hamada.

As the first feature film to be fully produced in Yemen, 10 Days Before the Wedding tells the story of a young couple in Aden whose marriage plans were nearly derailed by the war. Against the backdrop of the war and the country’s dire economic situation, the film sheds light on social problems such as displacement, homelessness, hunger, and hatred. Although the shown conditions are harsh, the movie is a reminder that South Yemeni citizens are trying to get on with their lives.

The movie is shown in Arabic with English subtitles. The discussion will be held in English. The entry is free. 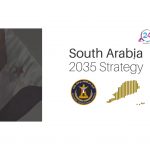 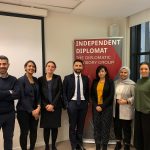