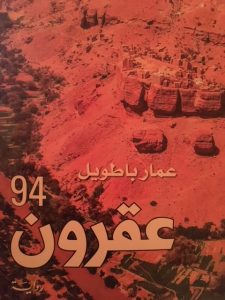 GERMAN AND ARABIC BELOW

Abdulsalam al-Rubaidi, literary scholar from Friedrich-Alexander-Universität Erlangen-Nürnberg, presents Ammār Bātawīl’s (b.1981) two novels, Sālmīn (2014) and Ekron 94 (2017). In Sālmīn, Bātawīl tells the story of Hadhrami society in Hadhramaut (southern Yemen), in Jeddah (Saudi Arabia) and in Southeast Asia from the perspective of the Hadhrami ex-slave Sālmīn during the second half of the 20th century. In his second novel, Ekron 94, Bātawīl narrates the story of South Yemen during the civil war in 1994. In his narration, he focuses on the feelings of uncertainty among the inhabitants of the village Ekron in Wadi Daw’an (Hadhramaut), the problems of decent-based stratification in southern Yemen, political marginalization after the war, and migration. In both novels, Bātawīl frequently refers to the socialist period of the People’s Democratic Republic of Yemen that united with the Yemen Arab Republic in 1990.

Abdulsalam al-Rubaidi will emphasize the significant role novels play in southern Yemen for the process of collective remembering a difficult past and for imagining a better future in the aftermath of the Arab Spring in 2011. He will give insight into the dominant themes and goals of contemporary literary narratives in southern Yemen.

The reading is organized by the Academic Forum Muhammad Ali Luqman. Muhammad Ali Luqman was a writer, journalist, literary figure, and social reformer in Aden (today southern Yemen) at the end of the 19th and beginning 20th century. He established the first independent Arabic newspaper in the Arabian Peninsula “Fatat al-Jazira”. He advocated for women empowerment and large-scale education for all. The Academic Forum is rooted in the intellectual and cosmopolitan tradition of Luqman. The objective is to create a platform of academic and scientific exchange on topics related to southern Yemen and to give insight into a part of the world that is underresearched. 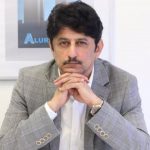